Warning: "continue" targeting switch is equivalent to "break". Did you mean to use "continue 2"? in /var/www/wp-content/themes/Extra/includes/builder/functions.php on line 4763
 Cops as Warriors Remember the Blue | Success PR Success Public Relations

by Tom Cronin
“In Plato’s vision of a perfect society — in a republic that honors the core of democracy — the greatest amount of power is given to those called the Guardians. Only those with the most impeccable character are chosen to bear the responsibility of protecting the democracy.”
We are losing the war and with that the virginity of the United States of America. We are no longer that country protected by our oceans boundaries and our friendly neighbors. The prior administration sought to destroy America and if left to their Saul Alinsky methods they will ruin our nation and its beauty. Our police are no longer honored as they have been for the last 250 years. They are treated as controlled bureaucrats who must operate at the whim of their elected mayors and officials who treat them with disrespect and disdain. Mayors like Bill de Blasio in NYC and Rahm Emanuel in Chicago allow their Black Lives Matter dissidents to parade without permit and chant “Pigs in a blanket, fry ’em like bacon,”.
We need to rise up and show respect to honor our police and help to bring back our society to the “Rule of Law”. Our police have no authority on the streets and they are always looking over their shoulder to ensure that they are not breaking the rules of engagement set by our liberal feckless leaders. They need to follow the rules, but they must not fear for their lives because their mayors and liberal media attempt to assassinate their character and not even share the truth about events. (i.e. Baltimore and Hands up Don’t Shoot in Ferguson).
Our soldiers as warriors must always conquer. Although police officers wear uniforms and carry weapons, the similarity ends there. Their missions and rules of engagement are completely different. The soldier’s primary mission is that of a warrior: to conquer. The rules of engagement are decided before the battle. The police officer’s mission is that of a guardian: to protect. The rules of engagement evolve as the incident unfolds. In war, collateral damage is expected and accepted. Not so in policing. On the battlefield, the soldier acts on orders from a superior. In the community, the officer is the leader, rarely operating with the luxury of direct supervision.
Our Cops are Warriors and deserve the respect and latitude to make the correct decisions without having to answer to the obstructive left wing mayors attempting to control them and put them in a box like a government bean counter. They are warriors in the street and they deserve our respect and we need to honor them and allow them to do their job.
Blue Lives Matter and our Patriot Day Races are celebrating the men in blue. We are raising funds for those who have fallen as well as raising funds for their families. We will be celebrating Patriot Day this 911 weekend in NYC, Saratoga, NY and Ann Arbor Michigan. Help us to honor our men in blue.
Honor our Men in Blue this week, and every day of the year.
www.BlueLivesMatterNYC.com www.PatriotsDay.co 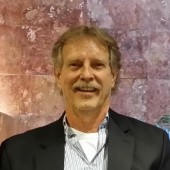